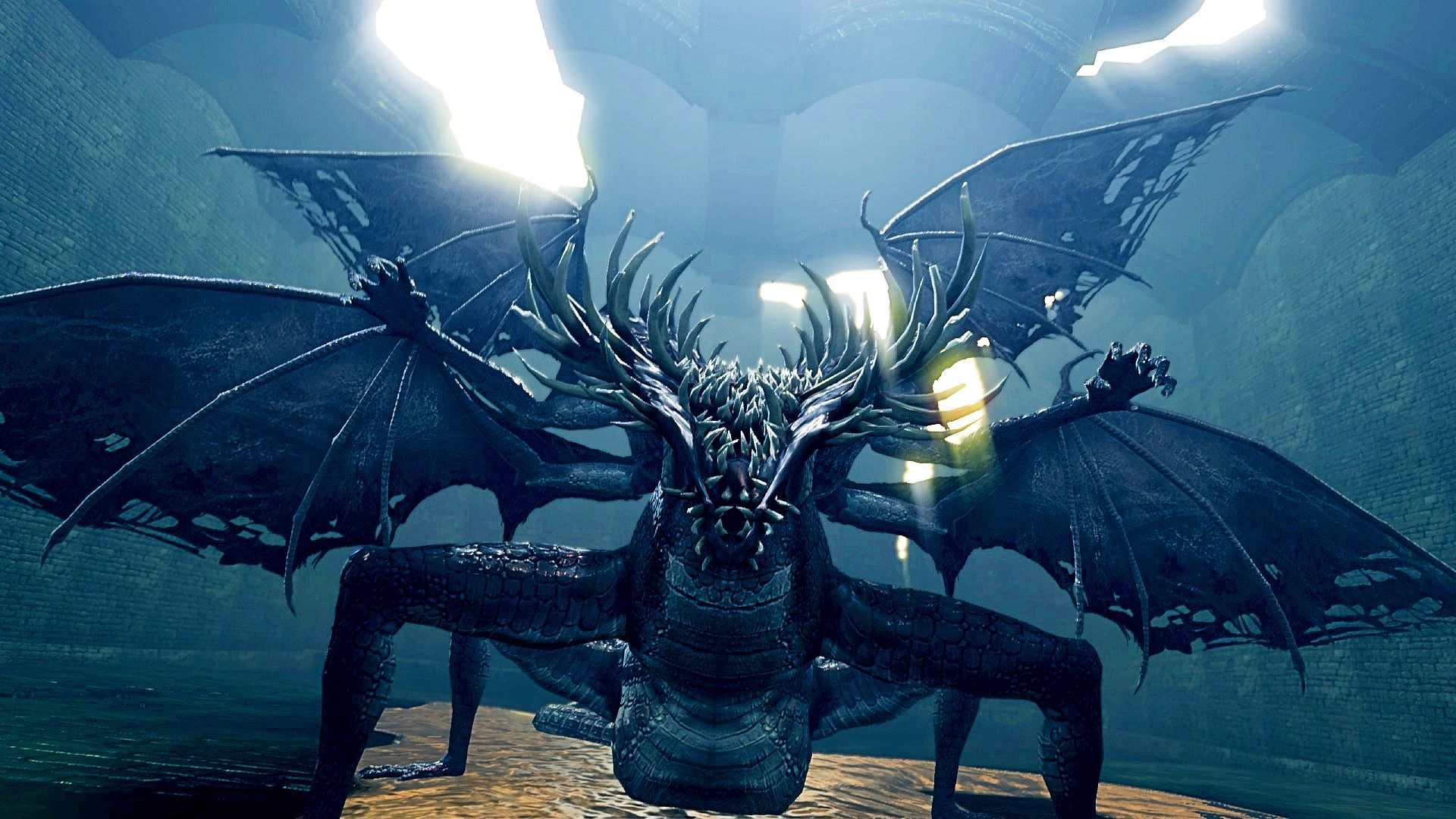 With the first leg of my playthrough of legendary RPG Dark Souls under my belt, I’m about to get my first real taste of its infamous difficulty curve. It’s a good opportunity to ponder Dark Souls’ approach to challenge and the non-traditional ways in which it lets players circumvent that difficulty. As things get spookier in The Depths, it’s time to start thinking outside the box.

After defeating the gargoyles and ringing the first Bell of Awakening, I take a cue from my new friend Solaire and bask for a moment in the crepuscular sunlight that pokes through the cloud cover. It’s the last I’ll see for a while: the next leg of my journey will be increasingly dark and dank. The sun of which Solaire speaks so warmly fades as I descend into Lower Undead Burg, only to be obscured completely when I unlock the door that leads into the Depths.

Alongside the suffocating darkness, there’s a sharp uptick in difficulty. With the notable exceptions of the balder knights patrolling the Parish, most of my enemies so far have been listless hollows who shamble toward me half-heartedly before finally committing to a fight. Things are different in the grubby alleyways below: immediately upon arriving in Lower Undead Burg, I’m attacked by three vicious dogs, then set upon by a gang of hooded rogues armed with poison blades.