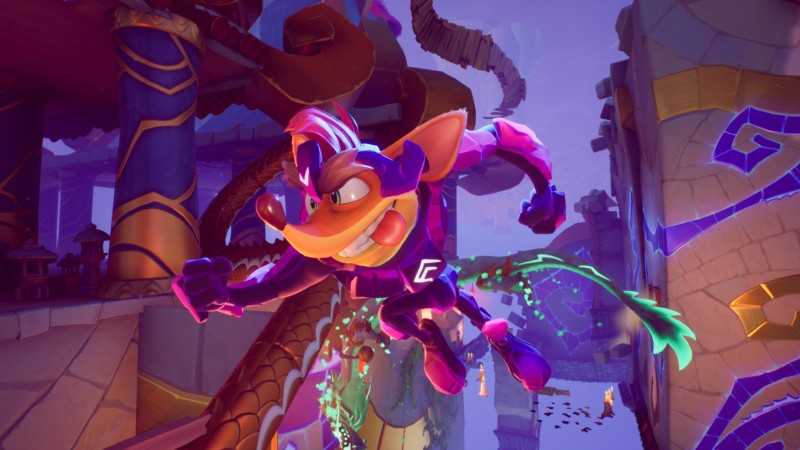 Crash Bandicoot 4: It’s About Time may be a tough game to beat, but at least it had catchy tunes to help soften the blow of your 87th death. Those who’d rather enjoy the game’s music without the stress of white-knuckle platforming, however, should check out the game’s official soundtrack, which is now live.

The soundtrack is composed by award-winning composer Walter Mair, whose credits include providing music for the series such as Grand Theft Auto (IV, San Andreas), Killzone: Shadow Fall, and the Total War series. The composer spoke about Crash 4’s musical influences and how it combines different sound profiles to give the game a unique audio flair:

“It’s been an amazing journey creating the original soundtrack for Crash’s new adventures.” says Mair. “To reflect all the different locations in the game, the score encompasses a massive range of organic and electronic sounds including seashells, tons of vintage and analogue effects, modular synths and effects, as well as capturing sounds with unique instruments from around the world such as the bone flute, the Chinese Xiao and Hulusi, the African Oja and Japanese Shakuhachi. And drums, of course! An array of percussion instruments like the Tabla Drum, Log Drum and Hang Drum are all featured in the score. It’s a real honor to contribute to this franchise and for fans to hear all that’s in store musically for this fantastically fun game!”

The soundtrack is a fun listen, and perhaps a reminder that Crash 4 might have one of the low key best soundtracks of the year. Give it a listen and decide for yourself. You can also just play the game, which, while difficult, is also very good.

Crash Bandicoot 4: It’s About Time is available now for PlayStation 4 and Xbox One. Read our review of the game here and watch us brave its challenges in our New Gameplay Today video.

Art of War returns in Age of Empires 3: Definitive Edition – and it’s “specific to Age III”

Overwatch team gives away Overwatch, shuts down promotion after too many people claim it

GI Show — What We Want From The Next Generation