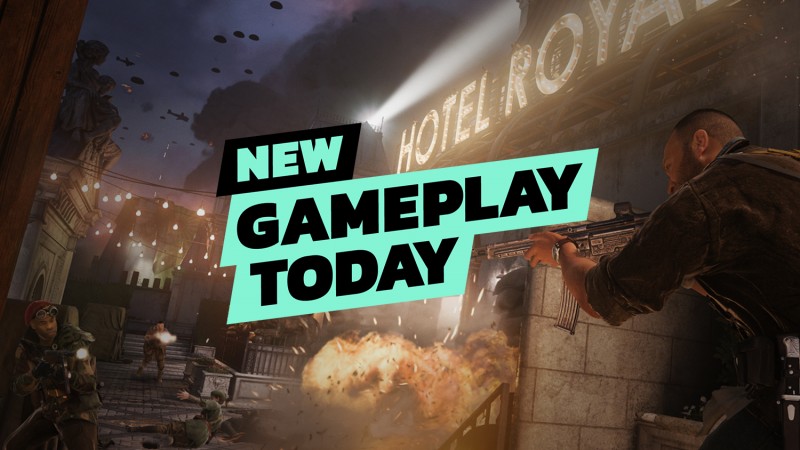 Call of Duty: Vanguard arrives on November 5th, with various opportunities to dive into slices of the game ahead of time via betas, early access periods, and more.

In this episode of New Gameplay Today, join us for a look at many of the traditional Call of Duty multiplayer modes that find their way into the annual title releases. Of particular note, the Patrol mode functions as a high-intensity take on the classic Hardpoint game type, except instead of bustling about the map from point to point, there’s one hardpoint for the whole game – but it’s constantly moving! The capture point “patrols” around the map, making for some interesting situations as it’s constantly exposed to new sightlines and of course, incendiary grenade spam windows. So pop in, pop out, and check every direction as you roam the map alongside the moving hold point – it’s actually a pretty nice take on the classic mode without shaking things up too much.

It is important to keep in mind what is going on within Activision Blizzard at this time regarding ongoing allegations about the work culture. The ongoing lawsuit from the California Department of Fair Employment and Housing (DFEH) against the company is over reported toxic workplace culture. The bulk of the suit focuses on “violations of the state’s civil rights and equal pay laws,” specifically regarding the treatment of women and other marginalized groups. To learn more about the proceedings thus far, including details listed in the lawsuit against Activision Blizzard, please check out our previous coverage here.

However, the real aspect of significance with the multiplayer here isn’t in the modes, as they’re all pretty much what you have come to expect from traditional multiplayer. The big, big difference is being able to select your speed. Combat pacing gives players access to dial in their preferred game pacing, whether that’s a traditional Call of Duty experience with Assault, or have a slower game via Tactical or a veritable kill fest with Blitz. Time to engagement, number of players in a game, and more are all addressed with these combat pacing options, and it amounts to a simple tickbox you select before heading into any of the core offerings. It may seem like a small thing, but it creates a whole lot of options in terms of preferred playstyle.

Are you interested in Call of Duty: Vanguard? Waiting to see more from the campaign, Zombies, and the Champion Hill modes? Or are you just ready for a brand new Warzone? Let us know in the comments!