Call Of Duty Endowment Celebrates Helping 100k Veterans With Re-release Of The Defender Pack For Call Of Duty: Warzone 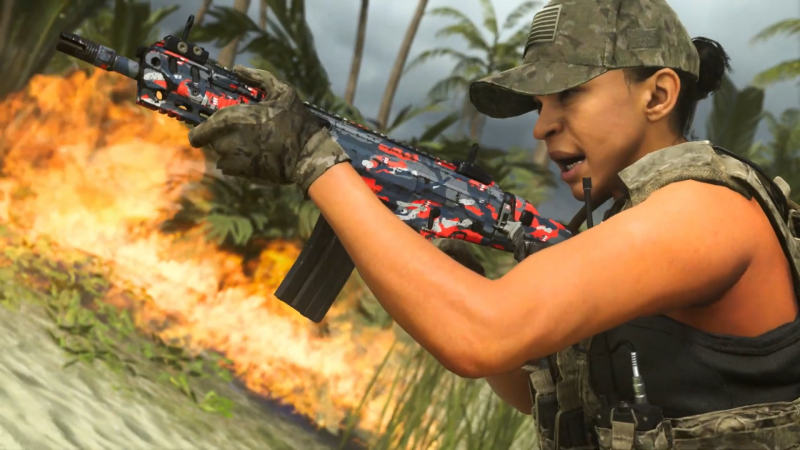 It is important to keep in mind what is going on within Activision Blizzard at this time regarding ongoing allegations about the work culture. The ongoing lawsuit from the California Department of Fair Employment and Housing (DFEH) against the company is over reported toxic workplace culture. The bulk of the suit focuses on “violations of the state’s civil rights and equal pay laws,” specifically regarding the treatment of women and other marginalized groups. To learn more about the proceedings thus far, including details listed in the lawsuit against Activision Blizzard, please check out our previous coverage here.

A much-requested bundle of items known as the C.O.R.E. Defender Pack is returning to Call of Duty: Warzone in celebration of the Call of Duty Endowment hitting a landmark milestone in helping veterans find jobs outside of their military careers.

According to an announcement on the Call of Duty blog, the endowment’s lofty goal of placing 100,000 veterans in high-quality jobs has been reached two years ahead of schedule. Activision Blizzard has committed even more funding to the cause to commemorate the occasion, promising to inject another $30 million into the Call of Duty Endowment. On top of that, it’s re-releasing the C.O.R.E. Defender Pack for Call of Duty: Warzone, but it will only be available for a limited time.

The Defender Pack, which is available for purchase now and is said to be highly requested by players, is usable in both Call of Duty: Warzone and Call of Duty: Modern Warfare. 100% of the net proceeds from the sales of the item bundle will go towards the Call of Duty Endowment. The Defender Pack will be available until the goal of $2 million is raised, so if you’ve been waiting for this gear package to surface again, you’ll want to pick it up sooner than later in the digital store of your gaming platform of choice. 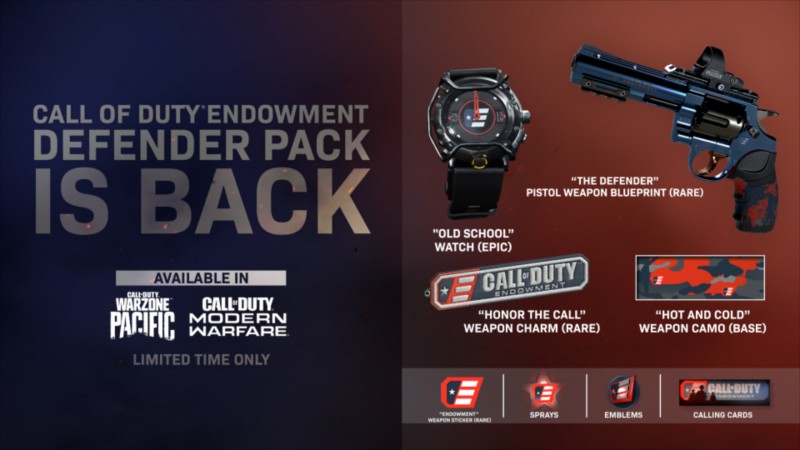 Here are the items you can get for buying the Defender Pack and helping to fund a good cause:

The Call of Duty Endowment is a non-profit started in 2009 to help veterans find jobs after leaving the military. The CoD blog post describes what the organization does for the military community, saying, “The Call of Duty Endowment identifies and funds the most efficient and effective organizations that get unemployed veterans back to work. Beyond funding, the Endowment partners with grantees to provide an array of advice and support aimed at maximizing impact.” Activision Blizzard itself has donated over $62 million to the endowment so far, which is said to have made “an estimated $5.6 Billion in economic value for US and UK veterans.”

You can learn more about the Call of Duty Endowment at its website.