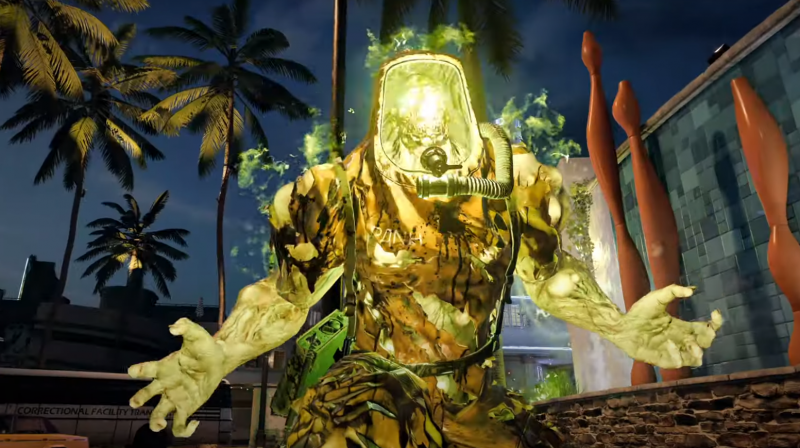 Call of Duty: Black Ops Cold War is almost here and Activision is sharing yet another mode for players to enjoy with Zombies Onslaught. Zombies is a Black Ops staple and that legacy continues on with Cold War. That being said, we’ve got some good news and some bad news about this particular mode.

It should be of no surprise to anyone given previous PlayStation exclusive deals regarding the Call of Duty franchise, but the new Zombies Onslaught mode will be a timed exclusive for PlayStation players. This particular gameplay experience will be dropping on other platforms after November 1 of next year as well as next gen consoles.

Lead writer for Activision Editorial James Mattone took to the PlayStation Blog to detail the new mode while showing off a nifty new trailer showing off what it will offer Call of Duty players:

Onslaught is a two-person Zombies experience that is meant to be fast-paced and absolutely brutal. So, like pretty much every other Zombies mode, just with fewer people. According to Mattone, “In Zombies Onslaught, you and one other Operator will deploy to one of several locations derived from various Multiplayer maps with your custom loadouts. These are the very same loadouts you’ll carry into traditional Zombies and Multiplayer, complete with your preferred primary weapon, whether it be an LMG, heavy-hitting sniper rifle, or other fully kitted-out tools for zombie destruction.”

Once players drop in, that’s where the fun truly starts. the Dark Aether Orb will basically trap players into a confined area to pit them against constant waves of the undead. In order to power the Orb, players have to kill as many zombies as they possibly can. Kill enough, and the Orb will move on and players can move with it in order to avoid external damage from the Dark Aether.

Duck and roll, panic, shoot, repeat; that’s the name of the Onslaught mode. With various zombie types included in the waves of enemies, including Elite foes, you don’t really win, you just do a little better each time.

Mattone also added a little more about ranking, saying: “For the sake of scoring, Elites should be your primary target, as you’ll receive either a Bronze, Silver, or Gold ranking based on the number of Elites you and your partner can defeat. By achieving a specific rank, you will unlock useful rewards for use across Zombies and Multiplayer. Each season, new maps and rewards will be introduced for PS4 and PS5 players.”

For PC and Xbox players, it does stink that this mode won’t be available for an entire year post-launch, but at least it’s not a permanent exclusive? Bright side, maybe?

As for the game itself, Call of Duty: Black Ops Cold War debuts on November 13. Are you excited for the latest iteration of Black Ops? What do you think about Onslaught? Sound off with your thoughts in the comment section below!

Nintendo is banning streamers that are playing Hyrule Warriors: Age of Calamity