Zoo and Demolition Returns to Multiplayer

Agents of Requiem have even more to discover with a new Outbreak region. Welcome to Armada, the site of NATO and Warsaw Pact skirmishes over a sunken prototype nuclear submarine. Rich in Aetherium Crystals, Essence… and the voracious undead, expect to take on objectives and world events on the high seas in this new region specifically tailored for Outbreak.

Found across the Outbreak Zones, there is a presence of a new chest type alongside the normal varieties: the mysterious Black Chest. While the details of this event are unknown, it is for the you to discover and see if the reward far outweighs the risk…

For those Zombie players heading back into round-based experiences, the Rampage Inducer is anew feature that will intensify the action from the very start. Once activated, and all members of the squad agree, this canister will temporarily ramp up the difficulty to Cranked-level proportions, speeding up the zombie spawn rates and triggering them to sprint endlessly until the second major round milestone is reached.

Warzone is bringing back 50v50 combat with Clash. This is Team Deathmatch on a grand scale, pitting two teams against each other in an unlimited respawn fight to 500 points. Watch out for Contracts for in-match rewards and collect powerups from defeated enemies that can turn the tide of the battle.

Prove to yourself that you are a Tier One Operator of the highest caliber in the toughest Battle Royale mode to ever arrive to Verdansk: Iron Trials ‘84! Flex your mastery over the entire arsenal of weapons, prove you can handle any firefight, and earn an exclusive Calling Card for those placing first only.

In addition to these nine challenges focused on the Mobile Broadcast Stations in Warzone, The Numbers Event also includes nine challenges based around the new maps and modes for Black Ops Cold War.

For a limited time, the Tracer Pack: Judge Dredd Store Bundle will become available to purchase later in the season. The Bundle features two new Legendary Operator Skins for Ingo Beck: Judge Dredd and Comic Strip. The Bundle also includes three Weapon Blueprints, including the Lawgiver Pistol, based on the weapon given to all Judges, a Finishing Move, Weapon Charm, Wrist Accessory, an Animated Calling Card, and Emblem.

Head to the in-game store to purchase the new Chemical Reaction Pro Pack, available later this season.  This is a seven-item bundle featuring an Ultra Operator Skin and two Weapon Blueprints. Topping it off is a massive 2,400 in COD Points that can be used in the store for another bundle or Battle Pass purchase.

Get all this and more in Season Five Reloaded, including the new limited-time Outbreak Survival mode in Zombies, new bundles in the in-game store like the Tracer Pack: Ghost Ship Mastercraft and Tracer Pack: Oktoberfest, and more.

Haven’t yet joined the fight? Get Black Ops Cold War in the Xbox Store today and jump in to Season Five Reloaded!

Black Ops Cold War will drop fans into the depths of the Cold War’s volatile geopolitical battle of the early 1980s. Nothing is ever as it seems in a gripping single-player Campaign, where players will come face-to-face with historical figures and hard truths, as they battle around the globe through iconic locales like East Berlin, Vietnam, Turkey, Soviet KGB headquarters and more.

As elite operatives, you will follow the trail of a shadowy figure named Perseus who is on a mission to destabilize the global balance of power and change the course of history. Descend into the dark center of this global conspiracy alongside iconic characters Woods, Mason and Hudson and a new cast of Operatives attempting to stop a plot decades in the making.

Beyond the Campaign, players will bring a Cold War arsenal of weapons and equipment into the next generation of Multiplayer and Zombies experiences.

Welcome to the brink. Welcome to Call of Duty®: Black Ops Cold War. 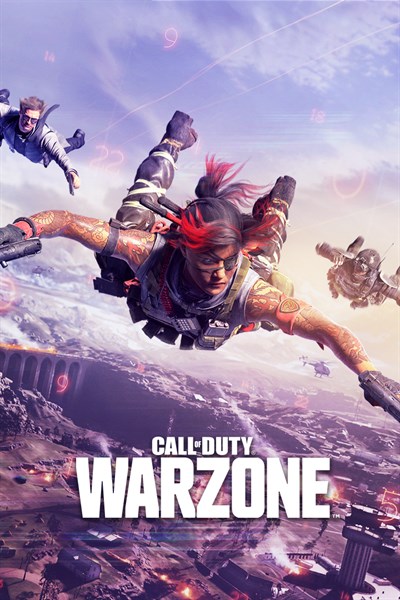 Drop In
Join forces with your friends and jump into a battleground with up to 150 players.

Loot For Rewards
Discover supply boxes and complete contracts to build your arsenal and gain a tactical advantage.

Battle Across Two Epic Modes
Experience a new way to ‘Battle Royale’ or play ‘Plunder’ in a race to deposit the most Cash in the match.

An Xbox Live Gold subscription is not required to play the Warzone™ game mode. All other online modes still require Xbox Live Gold.

Xbox Design Lab is Back! Personalize Your Next-Gen Controller and Make It Yours

Get Up to Speed with These Helpful Tips for F1 2021

Hello Games’ The Last Campfire Coming to Xbox One This Summer