California loses a city, but gains much more in its American Truck Simulator revamp 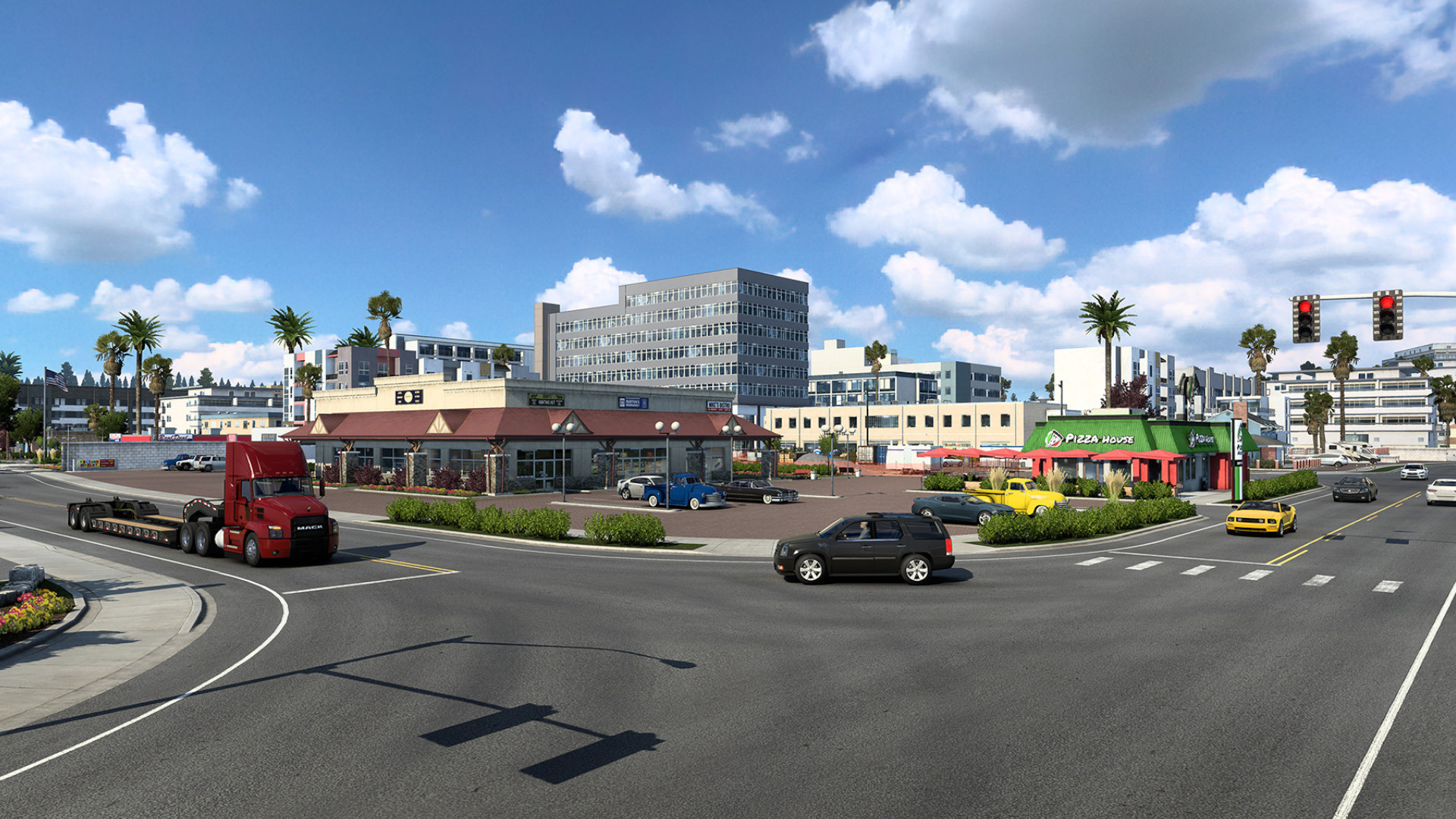 Pour one out for the citizens of San Rafael, who will no longer see their city represented in American Truck Simulator as of the next California revamp. It’s getting replaced by an unnamed, brand-new city that will be larger, and play a bigger role in California’s next revamp. As in, the revamp that’s coming after the upcoming revamp.

For context, Phase 1 of the California revamp happened back in update 1.41. Phase 2 is the subject of today’s info from the devs, where San Rafael will be replaced with a new city, and five other towns – Eureka, Ukiah, Sacramento, Redding, and Truckee – along with their surrounding areas, will be completely rebuilt from the ground up.

San Rafael’s replacement city “will be larger and of much greater importance in California’s road network in Phase 3”. The devs at SCS Software are still trying to determine exactly what Phase 3 will look like, but currently it involves a rework for the San Francisco bay area with “massive changes”.