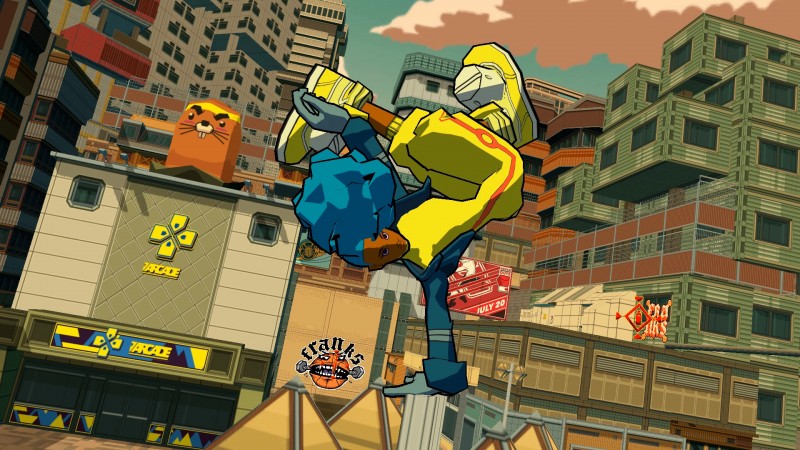 Team Reptile revealed a trailer for its new game, Bomb Rush Cyberfunk, which is bound to turn a few heads. If you’re getting some serious Jet Set/Grind Radio vibes from the colorful, cel-shaded clip, it’s no accident. Sega may be content in leaving the Dreamcast-era franchise dormant, but old-school fans have been clamoring for an update for years and now someone is doing something about it.

Bomb Rush Cyberfunk features a soundtrack from original composer Hideki Naganuma, which is fairly self-evident if you close your eyes and listen to the trailer. Other than that, it looks like a fairly faithful rework of the game, with vibrant characters who skate around while tagging the world. If none of this makes sense, ask your parents.

It’s currently only listed for a PC release with a release sometime in 2021. On the Steam page, the game’s developers explain why, saying of 2020, “Not this year, it’s unlucky.”

Everyone’s laughing about WWE 2K20 glitches, except the people who paid for it