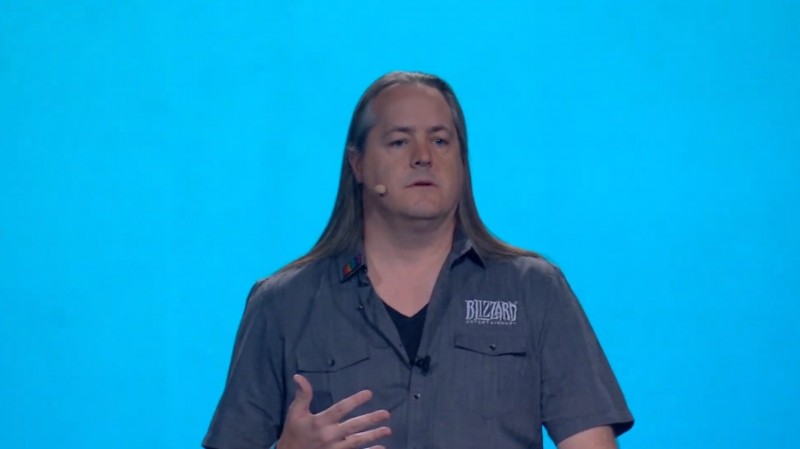 Blitzchung received a yearlong ban from competition and had his winnings withheld after a post-match interview where he delivered a “Liberate Hong Kong” message. Following community backlash, Blizzard dialed back the suspension to six months and restored Blitzchung’s earnings. In an October 12 statement from Brack, he said the punitive actions had nothing to do with the publisher’s business ventures in China, but rather it was more about keeping the focus on the games and competitions instead of politics. However, Brack’s statements did little to douse the flames of controversy, as players, fans, and even some members of the United States Congress have continued to express concerns about the company’s actions.

In his opening remarks for BlizzCon 2019, Brack was more apologetic in his approach. You can see J. Allen Brack’s message to BlizzCon 2019 attendees below:

Blizzard had the opportunity to bring the world together in a tough Hearthstone esports moment about a month ago, and we did not. We moved too quickly in our decision making, and then, to make matters worse, we were too slow to talk with all of you. When I think about what I’m most unhappy about, it’s really two things: The first is we didn’t live up to the high standards that we really set for ourselves, and the second is we failed in our purpose, and for that, I am sorry, and I accept accountability.

So what exactly is our purpose? BlizzCon is demonstrating it even as we speak: We aspire to bring the world together in epic entertainment, and I truly believe in the positive power of video games. When we get it right, we create a common ground where the community comes together to compete, connect, and play irrespective of the things that divide us. As an example, BlizzCon has people from 59 countries all around the show here at the show today. That is amazing! And that is the positive power of video games: to transcend divisions that surround us in so many of our places today.

We will do better going forward, but our actions are going to matter more than any of these words. As you walk around this weekend, I hope it’s clear how committed we are to everyone’s right to express themselves in all kinds of ways, in all kinds of places. I’ve actually seen and heard many of you expressing yourself this morning! You use your vacation and your family time to be here in Anaheim with us, and we are so grateful that you’re here this weekend.

While Brack mentioned Blizzard’s actions, he did not specify any particular actions the company would take, or any changes that would be made. Stay here at GameInformer.com for continued coverage of the BlizzCon 2019 opening ceremony.