Succession has arrived to Black Desert on Xbox One. With the addition of Succession, adventurers can choose to lay down their Awakened weapons, and take up their original arms to begin anew. Those longing for the days when their Warrior brandished a long sword and shield or when their Ranger wielded a bow to rain down pain from the sky with a volley of arrows will be able to reclaim their birthright and fight using their original weapons with powerful new abilities and variations that rival any Awakened arm. Succession is a second path for Adventurers to choose allowing them to embrace their past and focus on Main Weapon skills instead of their Awakening Weapon Skills adding a whole new level of versatility to gameplay.

Of course like any new amazing power, no one can wield such strength without proper training and mastery. Adventurers must first achieve Awakening and master certain basic skills with a class before they can unlock a new set of quests to journey down the path of Succession. Once those prerequisites have been met, Adventurers can begin their quests under the ‘[Lv. 56] Class New Power’ tab, and can track their progress through the Succession tab under Skill UI.

While Succession does require a lot of skill points to fully utilize, it is a great alternative for those wanting to shake up combat in new ways. Another important feature to note is that a percentage of any Awakening AP earned will be applied to Succession AP growth, so be sure not to toss those Awakening weapons. Adventurers can also switch back to their Awakening if they choose to by doing a skill reset, so there will be continuous synergy between Awakening and Succession.

Succession is an exciting addition to Black Desert and is planned to be added for all classes. Beginning today, this new path will be available only for the Warrior, Sorceress, Ranger, and Berserker. Other classes must have patience – the power of Succession will be theirs in due time!

Each class will have their own unique quest line to become worthy to inherit the power of Succession:

Warrior
In order to begin your succession story, you will have to start the ‘[Warrior Succession] Goyen’s Conviction’ quest line. As you complete the story line, you will learn the skill, ‘Warrior’s Spirit’ which enables you to become even more powerful with a Longsword and Shield. Remember, that if you follow the path to succession, you will forsake your Greatsword. Once the ‘Warrior’s Spirit’ skill is learned, you will be unable to use Awakening skills.

Ranger
In order to begin your succession story, you will have to start the ‘[Ranger Succession] The Will Inscribed Within’ questline which can be picked up from the Black Spirit. As you complete these quests, you will be able to learn the skill, ‘Feathers of Lemoria’ which grants a Ranger more power with their Longbow. Embracing your destiny will cause you to lay down your Kamasylven Sword, locking you away from your Awakening Skills.

Sorceress
Sorceress’ succession begins with the quest ‘[Sorceress Succession] The Choice’ which can be accepted from the Black Spirit. Once you learn the skill, ‘Abyssal Contract’, your powers channeled through the Amulet and Talisman will greatly increase. Abandoning the Scythe will lock the Sorceress out of their awakening skills.

Berserker
Berserker Succession embraces the beast within, and begins with the quest ‘[Berserker] The Valor’ from the Black Spirit. Once you learn ‘Feral Roar’, you will be able to unlock the power that courses through your veins and become even more powerful with your Axe. After following your blood right, you will be unable to use your Iron Buster.

Now, Adventurer, take up the power of Succession – it is waiting for you! 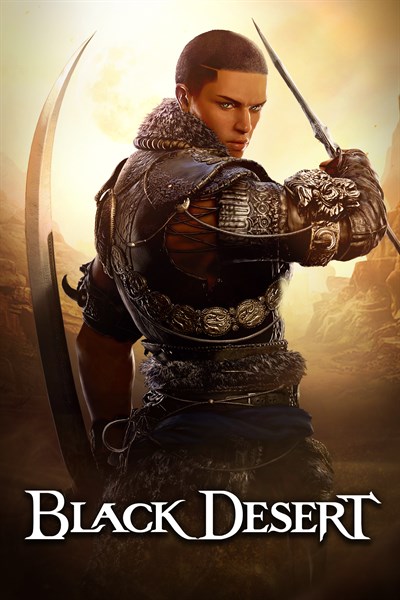 ☆☆☆☆☆
198
★★★★★
Get it now
Xbox One X Enhanced
Black Desert is a living-world MMORPG. Experience fast-paced, action-packed combat, hunt monsters and huge bosses, fight with friends in a guild to siege nodes and region castles, train your life skills such as fishing, trading, crafting, cooking, and much more!

Players will enjoy jaw-dropping graphics, intuitive skill-based combat, and an immersive story encased in our expansive world that’s just waiting to be explored. Accompanied by a Black Spirit, a companion whose destiny is intertwined with their own, players will discover the secret of the Black Stones and the history of their corrupting effects.

In a medieval fantasy setting, the game chronicles a conflict between two rival nations, the Republic of Calpheon and the Kingdom of Valencia. With a battle based on achievements and personal qualifications, Black Desert gives full control to players that can directly aim, escape, and make numerous different skill combinations.

Related:
Cook, Serve, Delicious! 3?! Out October 14 on Xbox One
Grab Your Katana Sword with the the Ghostrunner Pre-order on Xbox One
Fight 100 Floors of Foes in The Division 2’s The Summit

Coming Soon to Xbox Game Pass for Console: NBA 2K20, Ori and the Will of the Wisps, and More