Atlas, Titan of the Cosmos, is Available Now in Earth-moving Smite Update

Before the gods set foot on Olympus, the titans held dominion. Fearful of his fated doom at the hands of his progeny, the titan Cronus unwittingly set in motion a rebellion fomented by his son Zeus. The Titanomachy, a final clash between titan and god, saw the ascension of the gods and the damnation of the titans to the depths of Hades. All that is, save Atlas, forever condemned to bear the weight of the sky and all its stars upon his weary shoulders. The Greeks considered him to be the father of astronomy and the first star charts, providing the vital navigational ability which allowed the Greeks to prosper across the shores of the Mediterranean. His name persists even into the modern day as the word for a collection of maps, charting the sphere he is popularly depicted as carrying on his shoulders.

It was high time Titan Forge Games got around to forging a titan, and we’ve created a colossus worthy of the honor. Atlas’ myth is characterized by prolonged hardship and endurance, features we’ve carried over into every aspect of his kit. Atlas can take heavy punishment and return it with interest, accumulating energy with each attack made or received before releasing it in a burst of power which deals bonus damage, trembles gods and stuns minions for 2 seconds. This applies to both basic attacks and his abilities, allowing him to constantly build up energy between taking hits and keeping the pressure on.

Atlas’ long imprisonment has taught him much about being controlled, a skill he brings to bear with each of his abilities. Unburden lets Atlas shrug his astrolabe, casting it upon the ground where it can be detonated for potent area denial. His second ability, Gravity Pull, compounds the effect by pulling enemies into the sphere and launching them towards Atlas for additional pummeling or, if Atlas is already holding the Astrolabe, a direct grapple and launch. Allies can be rewarded for their beatdown contributions with Atlas’ Kinetic Charge, which cleanses them of any slows and transfers the accumulated effects onto any enemy god foolish enough to not get out of the way. A few epochs of solitude can make a titan really appreciate the company of friends.

Be sure to show your appreciation for the hardworking titan with the Limited Ascended Atlas skin in the 2021 Smite Season Pass, along with other content for every Season 8 God.

Atlas is the last god of a year quickly coming to a close, and what better way to mark the holiday season than a yuletide Yulefest? Yule it up with two Exclusive holiday skins at a 25% discount and with a free Gift Token every two weeks, with a total of six available by the end of the event. The discount only applies on the initial release, so don’t wait to get your stocking stuffed with the seasonal skins! Get 3 Yulefest skins to receive the Exclusive Little Helper Bastet Skin and get all 6 for the Unlimited Infinite Oracle Morgan Le Fay Skin. Now that’s cosmic cheer!

It’s the perfect time of year for “Avatar: The Last Airbender” fans to bundle up, return to Smite, and enjoy a nice mug of perfectly brewed tea (but not hot leaf juice). The Dragon of the West, White Lotus Grandmaster, and owner of the Jasmine Dragon Tea Shop finally joins Smite with the Exclusive Iroh Bacchus skin.

The Conquest map is getting the Smite World Championship treatment in honor of the upcoming tournament starting January 6. Look out for the Thor’s Hammer Trophy and engraved SWC Logo on the Mid Lane. Remember that the Perilous Seas Odyssey will be ending in January, so be sure to pick it up in the store before its many treasures sink below the waves, never to resurface.

We wish everyone of all pantheons and all faiths a very happy holiday season and New Year. No matter how hectic and challenging things get this time of year, remember: you don’t need to carry the world on your shoulders. 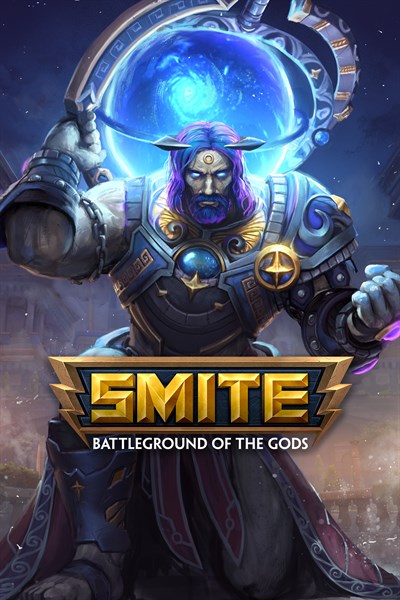 Join 35+ million players in SMITE, the world’s most popular action multiplayer online battle arena. Become a legend of myth, enter the Battleground of the Gods, and play FREE now!

100+ Gods
Unleash each deity’s unique strategies, legendary weapons, and earth-shattering powers. Rain lightning down upon your foes as Zeus, assassinate from the shadows as Loki, or transform and trick your foes as the Monkey King, Sun Wukong. Which God will you choose?

Unique Perspective
Unlike other MOBAs, SMITE puts you directly onto the battlefield with a third-person action viewpoint. From blind-side ambushes to aimed shots, a new pantheon of strategic possibilities awaits.

Become Godlike
Never played a battle arena before? Don’t worry. Auto-buy, auto-level, and the deathmatch-like Arena mode let you jump right into divine MOBA action. Aspiring pro? Top the ladders, join a competitive team, and you too could be playing at the SMITE World Championship.

TRANSFORMERS and all related characters are trademarks of Hasbro and are used with permission. © 2021 Hasbro. All Rights Reserved. Licensed by Hasbro.