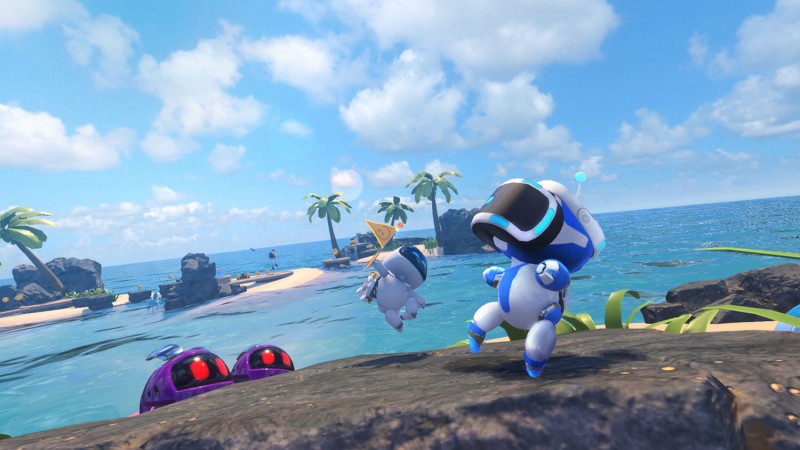 Astro Bot Rescue Mission is one of the must-have PlayStation VR games, with its fantastic platforming that uses clever verticality and perception tricks to immerse you in virtual reality. Recently, SIE Japan’s Asobi team spoke candidly about a handful of features that didn’t make the cut for the final game.

The biggest surprise is that Astro Bot once had 4-player local multiplayer. The team reflects that while they had a fun time testing it out, it wasn’t without setbacks.

“Except when playing the game in VR, especially solo, things weren’t so fun: the levels built for multiplayer were too large and felt empty,” writes creative director Nicolas Doucet on the PlayStation Blog. “There wasn’t enough use of verticality or perspective, largely because the TV camera had to fit four players on screen at all times and therefore keep movement and amplitude at a minimum. Without noticing, we were slowly putting the priority on TV play at the expense of VR.”

Aside from multiplayer, Doucet also brings up that the team experimented with  animations where Astro Bot would dance to background music when you leave your game idling for a certain amount of time, and they also attempted to create a giant spider enemy that spewed fire.

You can read the entire post by heading to the PlayStation Blog here. For more on Astro Bot, read our glowing review here.