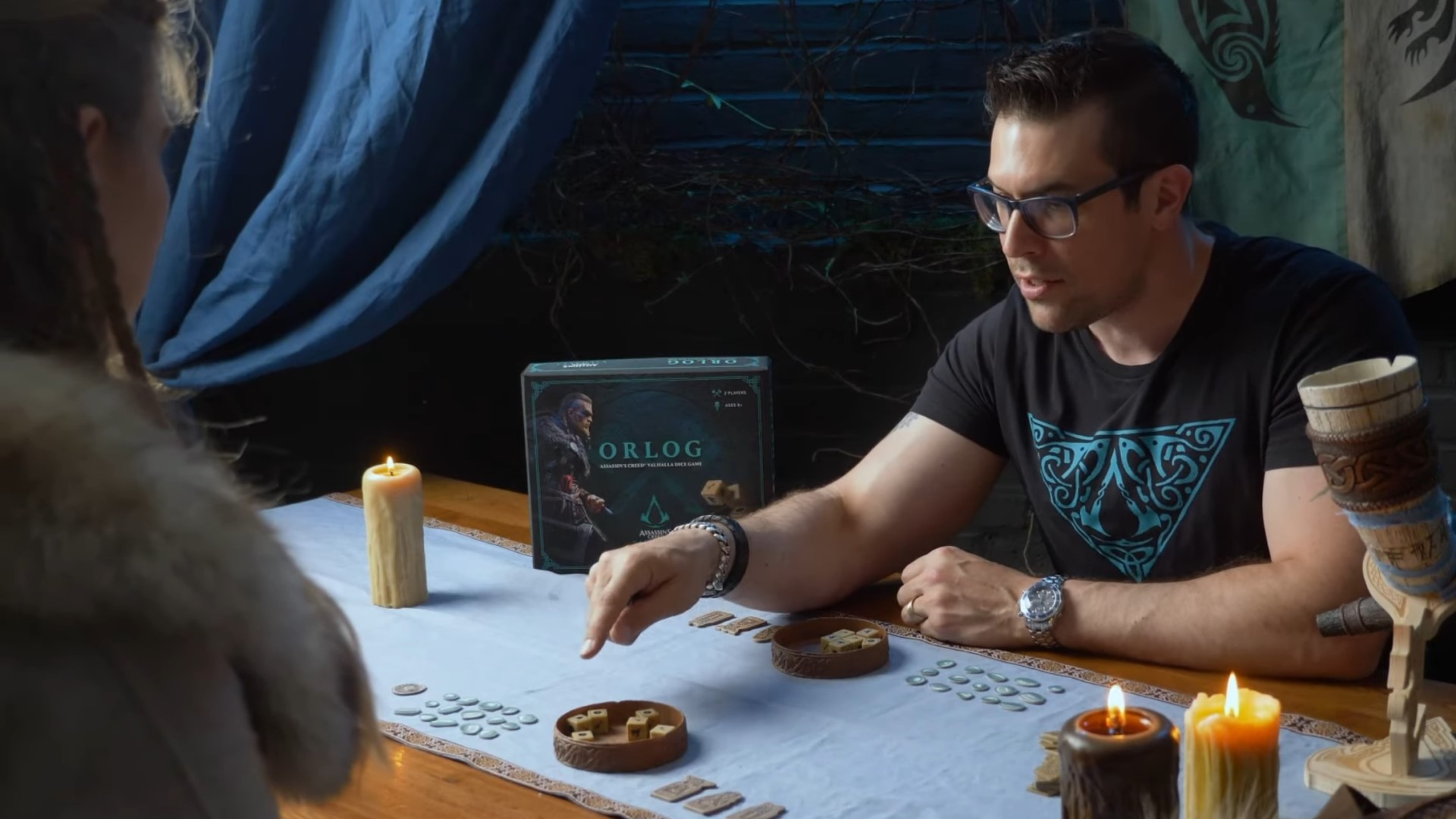 Forget dual-wielding axes and visiting Asgard: for our money it’s Orlog that ranks as Assassin’s Creed Valhalla’s best new feature. The two-player dice game, which you can play in various towns in the Viking game, is now getting an official, Assassin’s Creed-branded physical edition – and it supports local multiplayer on day one.

Ubisoft’s edition of Orlog, created with the help of collectible manufacturer PureArts, includes everything you need to play on your own table: there are two sets of six acrylic dice, two sets of 25 god favour tokens, two sets of 20 god favour cards, 32 polished stone health counters, two dice bowls made of durable ABS plastic, two god favour guides, a game coin (to track whose turn it is) and a gameplay guide.

If you haven’t played Orlog (in Valhalla or otherwise), it’s a dice combat game that feels almost like a Norse version of Magic: The Gathering. Players take turns rolling dice that have different symbols on each face for attack, defence, and for stealing an opponent’s wealth. Players can call on the favour of the gods to help tilt the balance, but whoever loses all their health first loses the game.