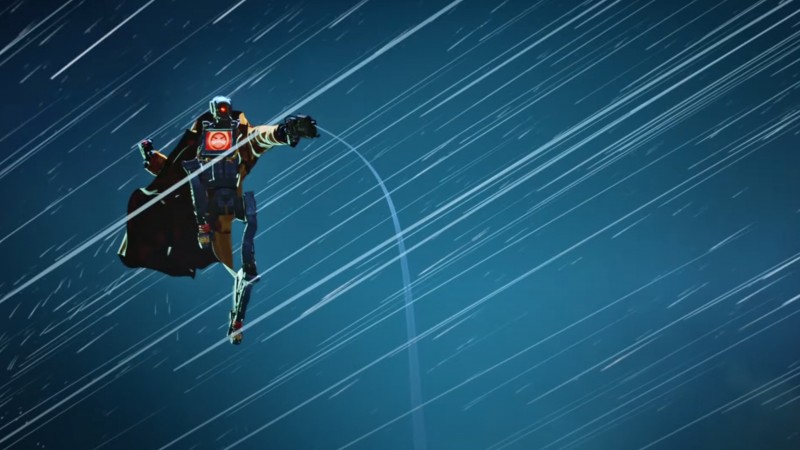 If you play Apex Legends, then you know Pathfinder. He’s a high-mobility character with incredibly cheery voice lines. Even when he obliterates entire teams, it’s hard to get mad at the lovable oaf. Despite being one of the game’s most popular personalities, Respawn has never released an official backstory description for him. Based on in-game loading screens as well as his boxing glove heirloom, many fans suspected that Pathfinder was a ring fighter long before he took part in the Apex games. Today, however, these speculations were finally laid to rest. It turns out that Pathfinder worked as a custodian and waiter in his early years.

In a new “Stories from the Outlands” cinematic, Pathfinder gets in trouble with the local mafia and somehow ends up fighting a multitude of MRVN robots atop a high-speed shuttle in the pouring rain – I mean, what did you expect? Pathfinder not only helps a retired cop make strides in his investigation of the legendary criminal, Caustic, he also discovers that he’s no ordinary robot (we already knew this, of course). Watch the ridiculous trailer above.

Gabe Newell is sending a garden gnome into outer space

Nexon invites you to preview KartRider: Drift on Xbox One!