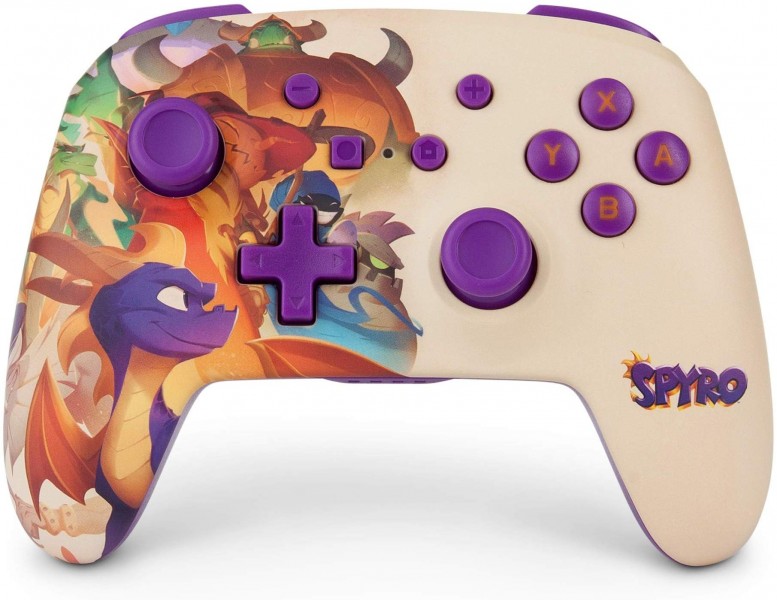 PowerA, a video game peripheral manufacturer, has revealed an upcoming Spyro-themed Nintendo Switch controller that is now available for pre-order through Amazon.

The controller, which releases on August 31 (just a few days before Spyro Reignited Trilogy comes to Switch), is officially licensed by Nintendo and gives players the ability to map controls to the two triggers on the back.

Aside from its snazzy design, it features Bluetooth connectivity but no rumble or NFC compatibility (basically, you can’t scan Amiibos with it). The controller is powered by AA batteries, as well.

Spyro Reignited Trilogy comes to Switch on September 3. It released last year on other platforms, PS4 and Xbox One, and you can check out our review here. For more, read about how Activision sees value in continuing to create remasters as well as new games for franchises like Crash Bandicoot and Spyro.

Titanfall 2 Player Count Up By 750% On Steam