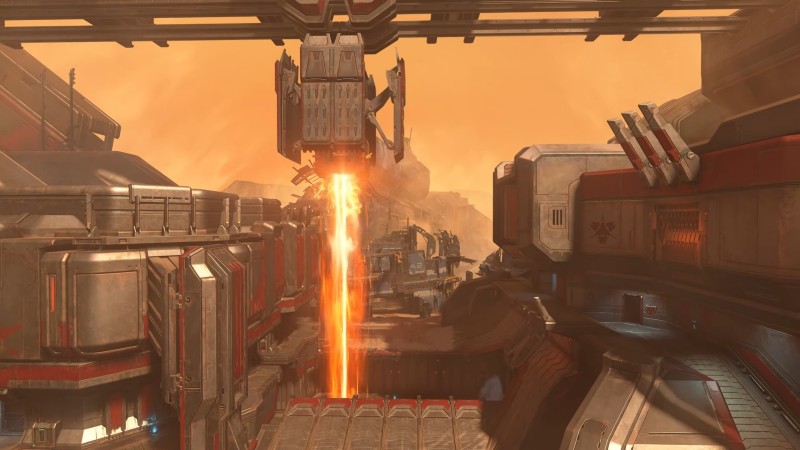 Halo Infinite’s second season, Lone Wolves, is slated to begin on May 3 and brings a host of new content to the game. 343 Industries released a blog post detailing one of its most exciting additions in the form of two new maps: Catalyst and Breaker.

Catalyst is a sleek, though abandoned, Forerunner base that’s been reclaimed by nature. Expect plenty of foliage to cover its monolithic surfaces, and 343 describes Catalyst as a vertical symmetrical arena featuring suspended catwalks and a light bridge connecting the map’s two halves.

Breaker is a Banished shipyard laden with debris situated on a dusty desert planet. Its centerpiece element is a giant plasma cutting beam moving across the map that players can battle around at their own peril or benefit. 343 describes Breaker as a “pseudo symmetric BTB” map. Catalyst and Breaker will support all of the existing multiplayer modes as well as the new ones coming next season. You can watch a video fly-by of both arenas in the video below.

Be sure to read 343’s blog post for the developer’s complete breakdown of these maps’ inspirations and design elements. Lone Wolves will also introduce new story elements, modes, and cosmetics – 343 plans to spill the beans on those additions in the coming weeks.

For more on Halo Infinite, read about how longtime support studio Certain Affinity is deepening its relationship with 343. Be sure to also check out our weekly review series of Paramount+’s Halo TV show.

King Of Cards And Showdown “Will Be The End Of Shovel Knight: Treasure Trove”